We almost gave up – twice – then this happened

It’s been a while since the last update.

We were awaiting a key batch of PCBs and I prefer relevance over consistency at this point in our long journey.

We almost gave up in late September; we tried so many manufacturers and none could make reliable PCBs as Sylvain designed them. We decided to try one last and completely give up if they can’t make it.

It turned out to be a total success. They got it right, after detailed instructions and troubleshooting, so we ordered a batch of 100 PCBs. I was tempted to order more but we got to mitigate risk since we can’t physically be there. 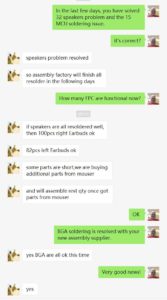 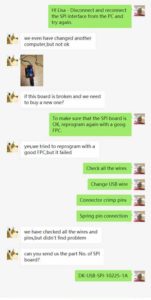 Troubleshooting with the manufacturer 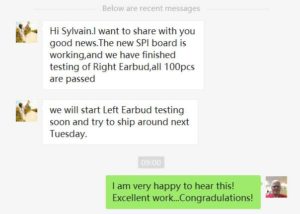 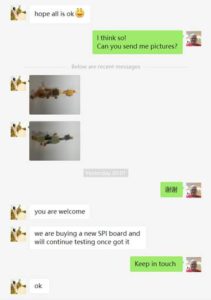 Follow-up with our manufacturer about the 100pcs PCBs order

We were kind of relieved but still feeling pretty bad considering our delays.

Anyway, we received the 100 batch PCBs (earbuds and charger) recently.

They looked really great, the best assembly we got so far. 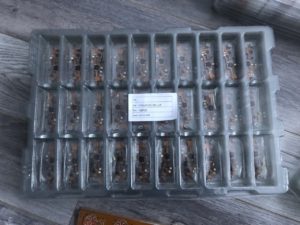 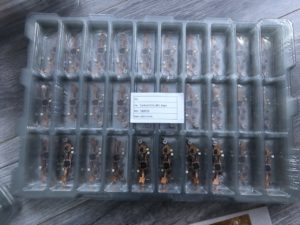 Sylvain started to inspect them and all was looking good – until it was not (earbuds’ PCB only).

When the PCB bends, it tends to break some connections. Furthermore, the antenna’s impedance is incorrect (width is inaccurate), which largely affects RF performance (loosely means connectivity quality).

We were completely stunned. It seemed like the last shot we had. 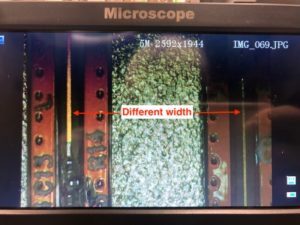 For an advanced tech product, you absolutely need to be beside the manufacturer to make sure it all goes as planned. 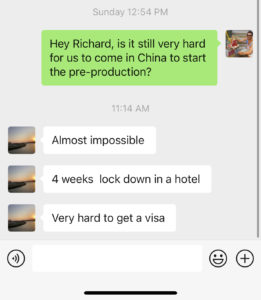 Text response from the owner of our manufacturer

I was ready to close the project. Sometimes you do need to give up and this felt like it. Just to make sure, I asked Sylvain to test more PCBs, like 20 of them. This would provide a good statistical idea of what portion would work or not.

After some mad assembly, he told me about 70% of them work right now. He estimated that with the right tuning, probably 50% of the whole batch would be fine. However, considering the subpar RF performance, people with a deep ear canal (harder to get a good RF signal) would find the earbud to disconnect somewhat often. People with normal ear canals should be relatively fine. 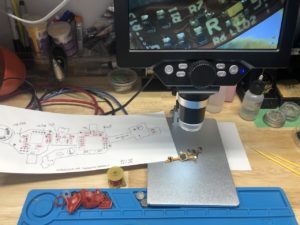 As you guessed it, this is quite unfortunate but somewhat a thing you could expect from not being there in pre-production. We were confident since they nailed the previous one.

So, we expect to make more or less 50 Phazon units. It won’t be the super solid connectivity we accomplished before but somewhat fine, especially for people with normal ear canals.

Here’s the link if you would like to apply for one of them: https://forms.gle/AzdAd6SngTtgrtWZ7

PS: If the next batch fails, we would reconsider closing the project. We simply can’t wait indefinitely for a manufacturer to correctly make the earbuds’ PCBs. We should expect a 3-4 months delay to test it out. If it fails, refund backers with what could be refunded.

PPS: Making an easier PCB design would not work since we would need to enlarge the earbud’s casing once again and make a new PCB design; this would easily take +10 months.