The process of Zero to One

As you’re certainly aware, building a great company doesn’t happen overnight. It’s especially true with any hardware company who goes above and beyond standard products. Maybe a relatively new well-known car company can remind you of this (now the world’s largest automaker by market capitalization).

In our context, the process of designing the mechanics and electronics charging case has improved dramatically, you’ll see videos below. The electronics of the earbuds proved to be more challenging and we’ll clearly explain why.

Let’s start with the charging case. As mentioned in the last update, a lot has happened on the mechanics and electronics within them. The most important points were:

Magnet magic. As you can notice, you can easily pick them up with one hand.

A sturdy and solid lock

As you can see below, we’re super close to the shipping version of the charger. The painted version below doesn’t have the smooth finish you’ll get, but it’s close enough to give you an idea. 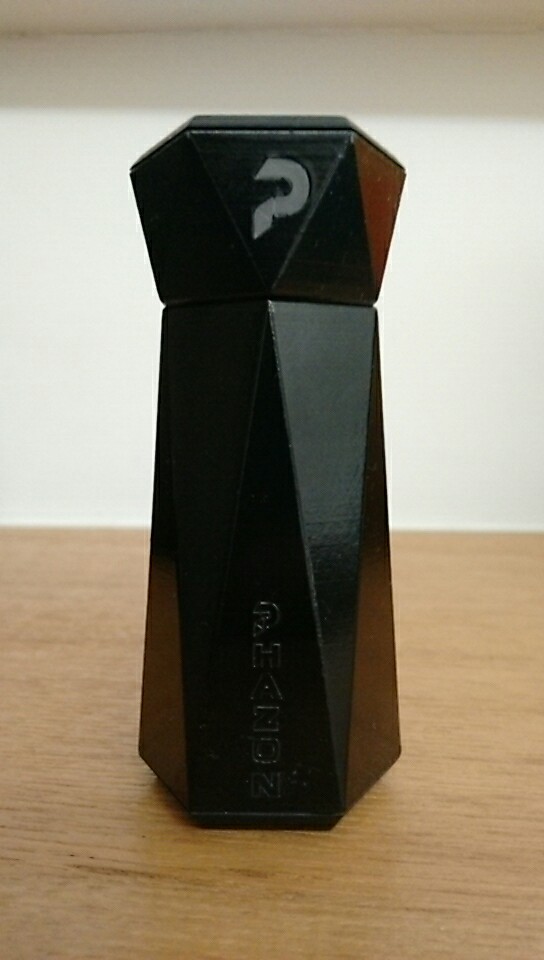 And here’s what it looked like before being painted. 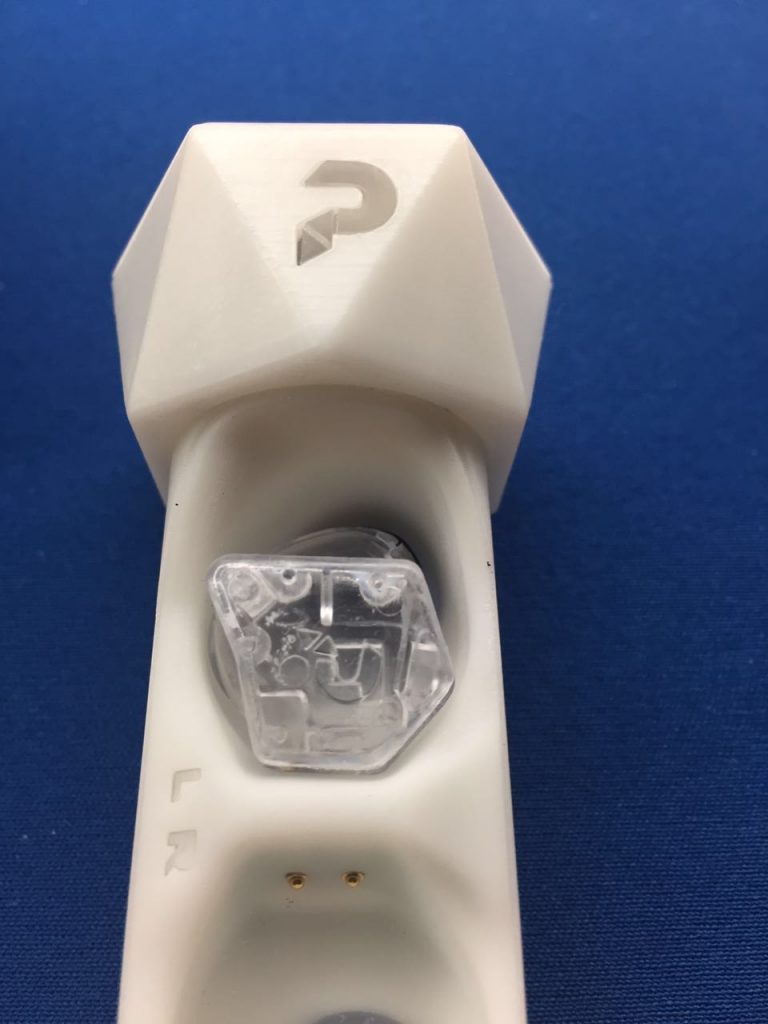 As you can see, the working prototype for the charging case is virtually done. There are still a few bugs to solve, but nothing too hard or complicated.

Concerning the earbuds, things are trickier. You surely deserve to know the root cause of the delays.

The antenna we’re trying to fix is directly associated with the PCB‘s composition. The PCB we’re asking the suppliers to build is technically possible but it’s ahead of current standards. The innovative way we designed is what we believe will set us apart from the others in term of Bluetooth connection. The downside: it’s so advanced that suppliers are struggling to make it. This drawing illustrates the 7 layers of the earbuds’ PCB. 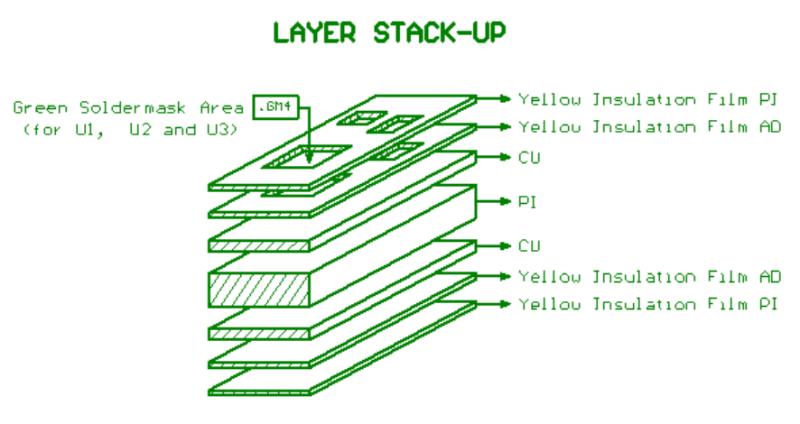 The layers of our PCB

Doing business in the electronics universe, and especially in China, is incredibly challenging when your components are more advanced that the current standards. For example, the PCB in the charging case is quite common, and the suppliers got it perfectly on the first try. For the earbuds, we actually tried 10 different PCB manufacturers. Yes, 10!! Some in North America and some in China. The problem is that most manufacturers, wanting more business, say yes to almost anything and try to figure it out afterward. That’s super inconvenient, to say the least, considering the tight delays we’re dealing with.

We countered this risk by trying a bunch of manufacturers simultaneously. As an example, 2 weeks ago, there were 4 manufacturers willing to make our PCB with the exact specs we gave them. Just before the production process, we confirmed again with each of hem the specs we needed. We learned at this point that some of them had modified the composition of the PCB and wouldn’t manufacture what we needed.  The impact on connectivity would have been critical, so we canceled the orders from them. Ultimately, there was one manufacturer who would build exactly what we asked for, or so we thought. Regrettably enough, the PCBs we received did not come as requested. That’s extremely frustrating for everyone as we’re wasting valuable time.

We’re still on the hunt for a reliable PCB manufacturer. We have added some of the best to our pipeline of suppliers, all referred by our partners. This includes the world’s largest PCB manufacturer to see if he can work this out. The next batch of PCBs is set to arrive on June 22nd. When we receive them, it takes a couple of days of testing to find out if they behave like they’re supposed to.

In parallel to this search, we’re making a more “manufacturing-friendly” electronic design for the PCB suppliers. This new design will have a slight impact on connectivity but it would still be totally alright (no breakouts).

We feel the pressure to ship, and these delays are very frustrating for us, as they are to you.

So we bank a lot on our fit and how marvelous it will be.

We made slight modifications to the shell so it would be arranged for production. In the process, we overmodified them and here’s what happened: 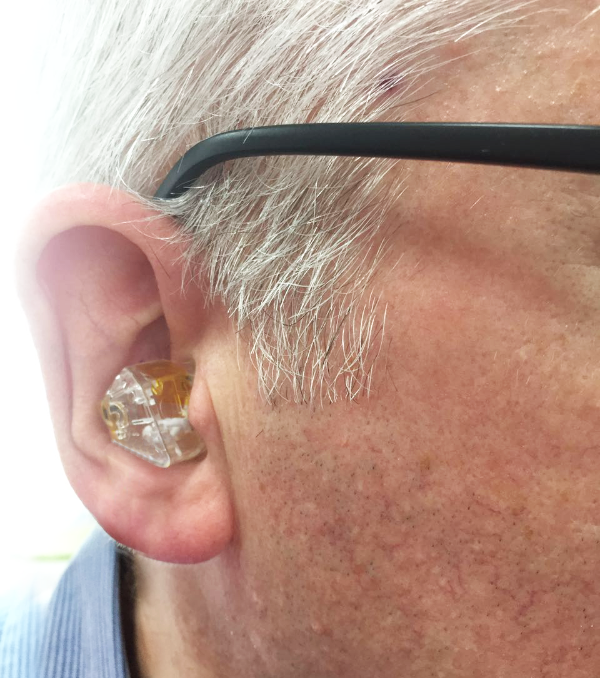 After some modifications to the shell, the earbuds are sticking out too much

As you can see, the earbud is sticking out way too much. That’s ugly and uncomfortable. But that’s actually what the competitors do.

We tried many variations and eventually found that by removing a small “ring” from the earbud design, we could fix this new problem. We incorporated this new modification to our mold and here’s the result. Small and unobtrusive as any earbud should be. 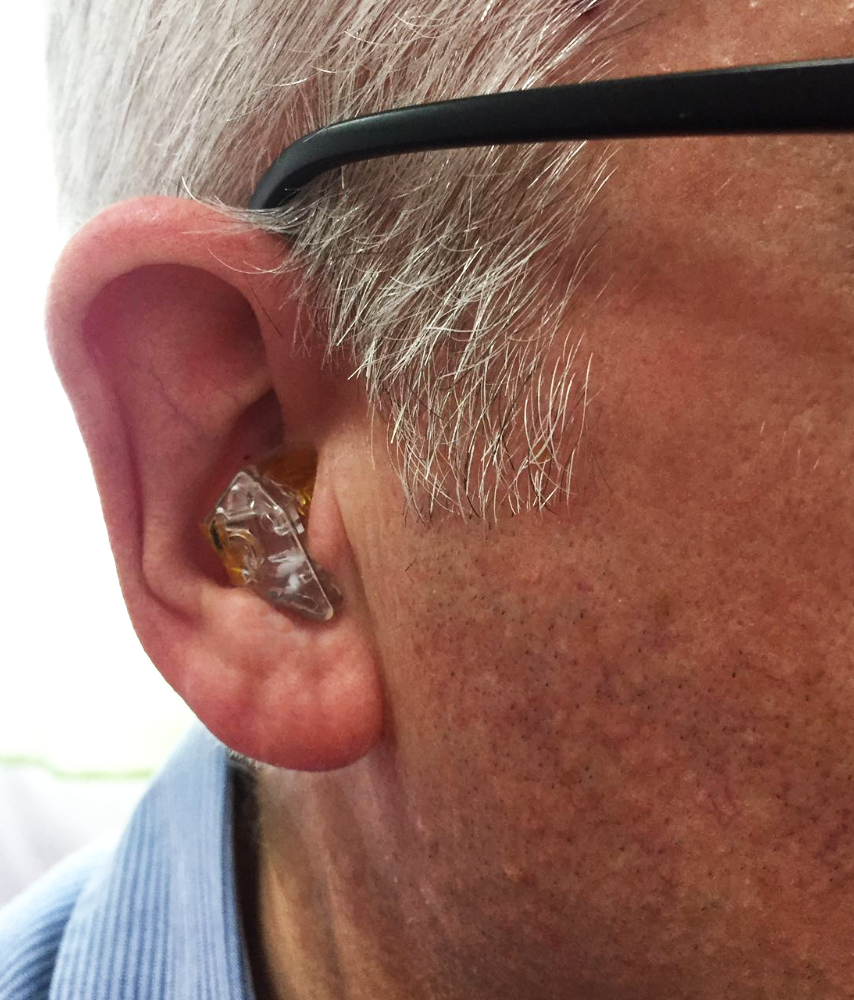 We’re back in business with the best fit there is, period.

Having a unified and hands-on team is critical. Small adjustments to “patch” parts of the production process can make have unpleasant consequences, as this was the case here. Fortunately, we saw it coming and fixed it. 🙂

Okay, so in the quest to find the perfect balance between comfort & sound quality, we tested the earbuds and different sizes of earbud tips.

We tested 3 types of tips: long, medium and small tips. Results have shown the medium tip was preferred by all the testers, without any exception. 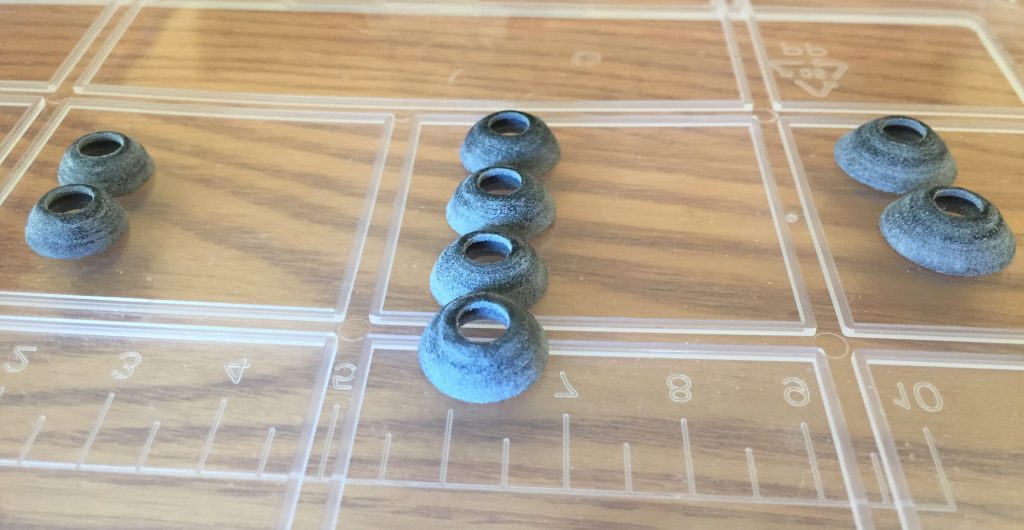 We also tried variations of the silicon density and here’s a 10 sec video of the differences.

Yes, when you have a great idea & design, the supply chain is the key to make it happen. We’ll find those people and we’ll prevail.

The wait will be worth it, you have my word.