Investigation with the verticals

The majority of the last fifteen days were spent on finding the right PCB supplier, as this proved to be an increasingly major bottleneck in the project.

We took this matter in hands as never before. Let’s check it out.

In the last update, we mentioned it was excessively hard to find a reliable supplier for our PCB. It happens to be the thickness we’re looking at is not standard and causing the manufacturers to fail because they’re not used to do this. As a reminder, we designed in a way it’s possible to manufacture. To counter this inconvenient bottleneck, we did two things:

On the first point, we finally received the boards. It was planned to be arriving last week, but we actually received them yesterday. From our initial testings, it looks promising. We can’t say yet if it will be good enough. The components are incredibly tiny, it’s actually the size of a standard table salt grain. We’ll know for sure in the next update if those work or not.

Concerning the second point, we made a vast research on the raw materials available. PCB suppliers were having a hard time to find out the material we’re looking at so we did ourselves. Results: we were able to find the exact materials we needed and we bought it. It took many phone calls & emails combined with good connections from the manufacturing world to make it happened. We’re going to manufacture them locally (Montreal) and will be closely monitoring them to make sure it respects our specs. We’re supposed to receive the PCBs on Friday. Please note those PCBs have the original thickness we’re looking for, that will maximize the RF quality (Bluetooth connection).

Sylvain and the engineering team came back from China. We learned that making advanced electronics in there is not ideal, it’s best we develop it locally before. However, we also learned that developing the earbuds on the mechanic side in China was extremely productive. We made additional significant progression that will make the product totally outstanding… more info below.

So we got a lot of pieces to make those earbuds (and charger).

This is how it looks when they get out of the mold. 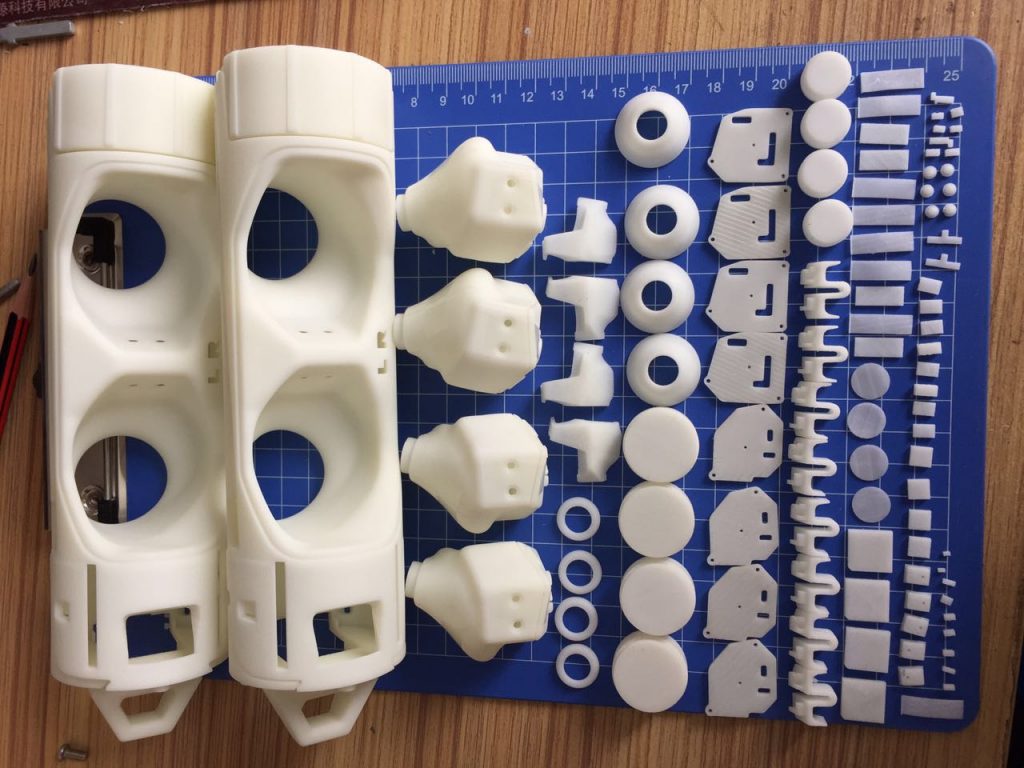 All the pieces that make the earbuds & charger.

Using this technique is tricky because it usually leaves unsexy lines to the earbuds.

Fortunately, we found a new kind of machine that can avoid this.

We’re refining this technique so it will look awesome, but it’s pretty decent so far:

We barely can see the welding lines.

You can also see how the earbuds shell is incredibly strong. It’s basically shock-resistant.

In the near future, a better video will be shot with also the electronics inside.

The parts are tightly welded together.

The next update will be a major one as we’ll have the time to test the new boards extensively.

To all of our fellow Canadians, happy Canada day 🙂