Close to the metal

Chris here, Chief Nerd at Phazon. In case you did not know, I write all the updates myself. It’s super important for me that backers get the most updated, clear and accurate info on the development directly from me.

We believe we identified the source of the antenna connection issue. We also squashed a thousand bugs in the charging case. Lots of stuff happened, check it out below & make sure to read until the very end 🙂

Even if Sylvain and the tech team moved to China during those last 12 days, the jet lag did not affect our engineers, and it gave an instant boost to the development of the product.
Our manufacturer provided us with an efficient workstation and key staff to start this process by storm. During crunch times, we had up to a dozen additional tech specialists working on the project with our core team. The master tech brain is certainly Sylvain, but we also benefit from valuable feedback from highly skilled people working with us. 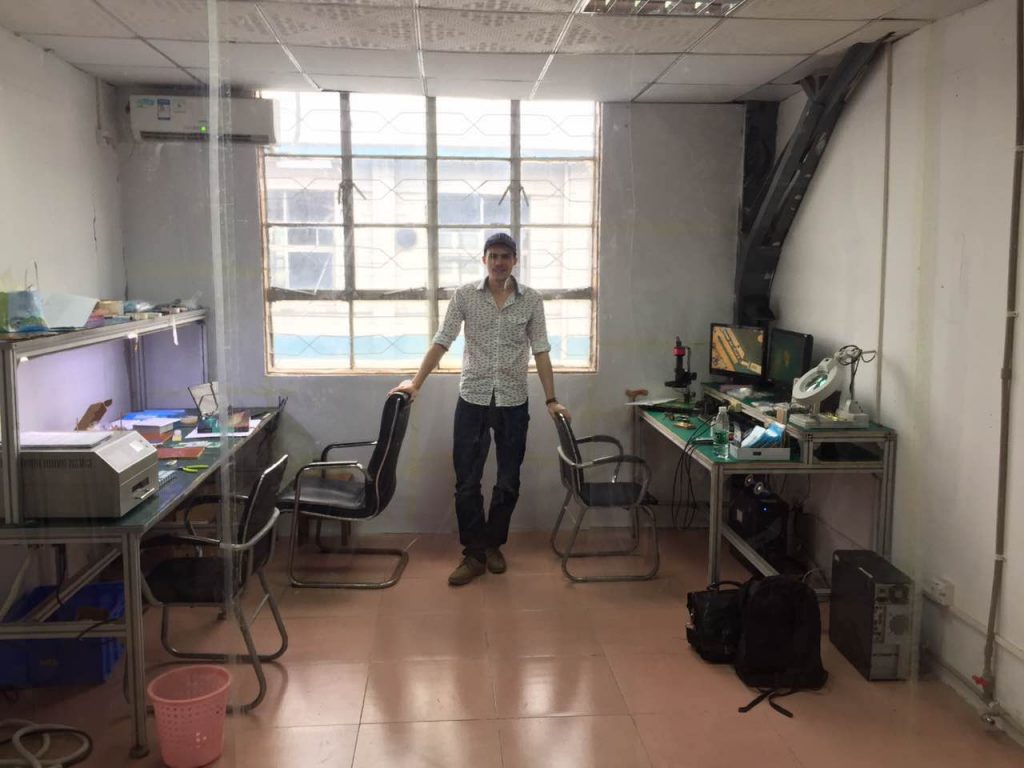 Workstation provided by our manufacturer. Photoshoot time, then back to work!

The charging case proved to be a lot harder than we anticipated, not as hard as the earbuds, but there were certainly some challenges. To name a few: 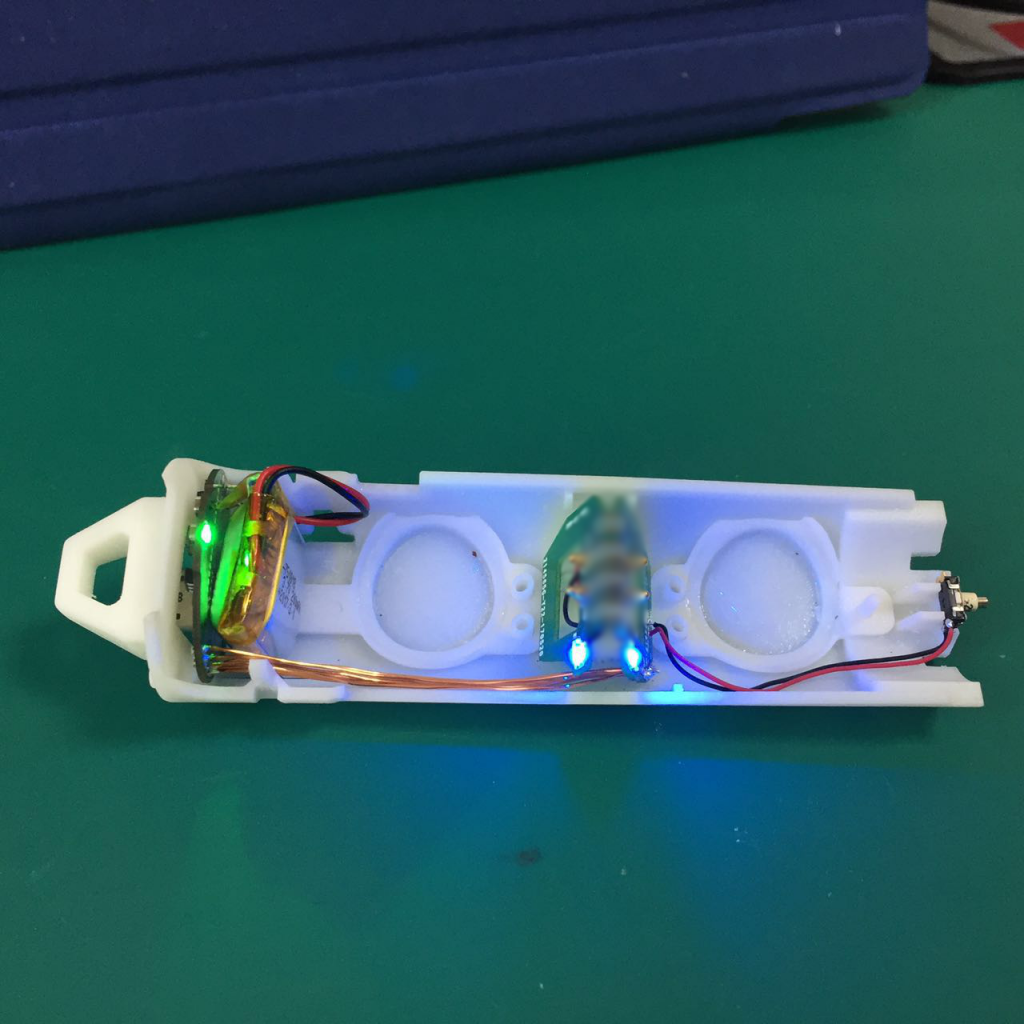 An early working prototype version of the charging case

In addition to the work done on the charger, we started producing the molds for the earbuds, and they are nearly finished. Manufacturers call this step the ‘1st shot’. Minor tweaks will be done to make sure the molds are perfect and ready to use when we finish working on the electronics. 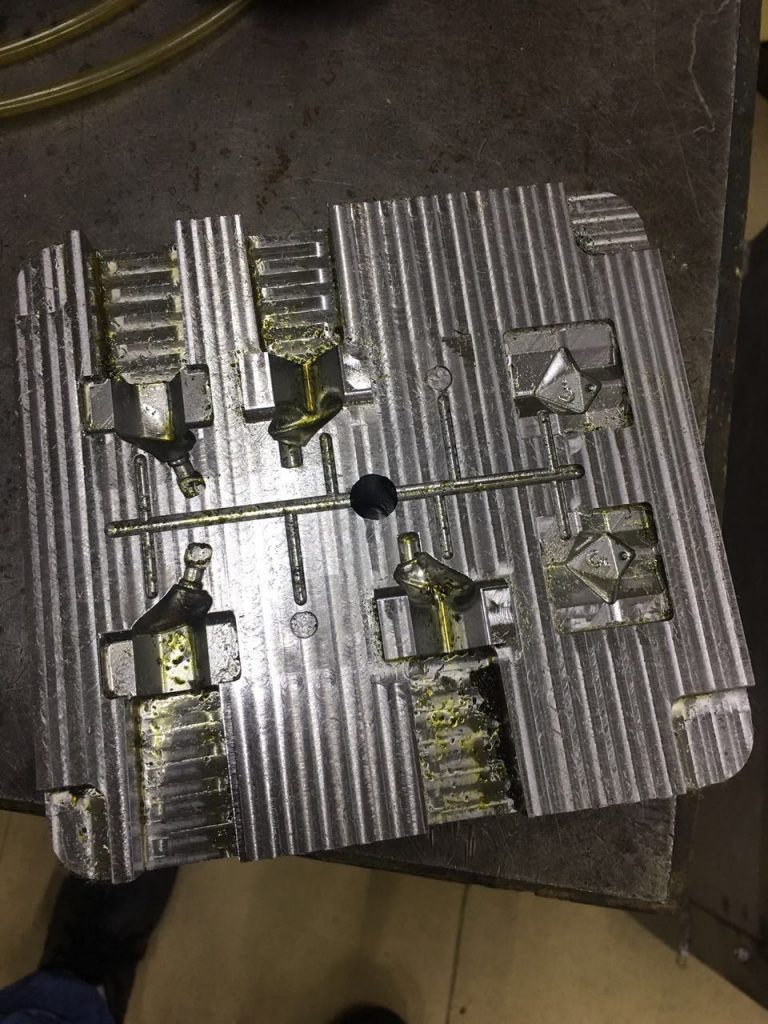 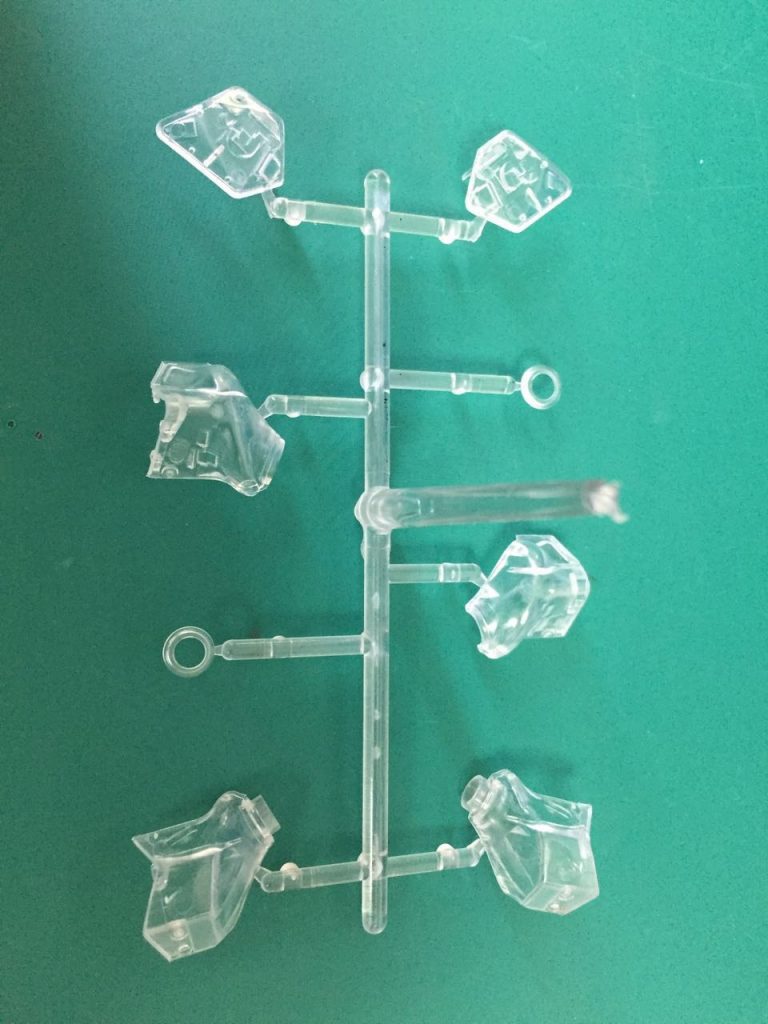 Polycarbonate earbuds shell. As you can see, they’re small and good looking, just like our renderings.

Because we take this project extremely seriously, we needed to do some personnel change. Some members were just not productive enough, even after telling them to adjust. This is an uncomfortable thing to do but it’s for the best of the company (and the backers). They’ve been replaced accordingly and productivity has raised significantly. Please note this was only on the mechanical design of the project, not the electronics

Sylvain is our main tech guy and I reiterate my faith in him. He’s got tremendous knowledge, relevant experience & work ethic. He’s also a “hands on” guy, which is quite critical for the project.
Speaking of electronics, Sylvain thinks he identified the source of the connectivity problem. The material thickness of the “core” layer of our PCB was inappropriate, resulting in extremely hard fine-tuning. We made sure the supplier understood this change. Therefore, the new PCBs have been ordered yesterday and in the next update we should be set up to know if we got this Bluetooth connection right.

Some people may be concerned that because the project is taking more time than we all anticipated, financials would suffer. That’s indeed usually a problem because CEOs spend a lot in the beginning when they get a comfortable amount of funding.

Fortunately, we never allowed ourselves to feel comfortable and we kept overhead as low as we could. Even our office costs us, well, nothing. As a CPA (certified professional accountant), I saw too many companies vanish because they didn’t spend as wisely as they could.

We kept the money in secured bonds and only hired the essential staff for more than a year now. While we do burn money, we put all the necessary funds aside for the production. Rest assured, when it comes to purely technical staff, we have as many people as needed. That’s why I am regularly asking if we could bring more people to make things faster on the purely technical side.

My purpose is to build a groundbreaking audio company that will create a lot of value, especially for active people. However, the short term goal is definitely to ship a quality product to you guys.

So what’s up with the Dragons? In short, not much.

My attendance in Toronto 2 weeks ago was to get my live comments on the pitch I made about a year ago. I loved doing that, as there was so many shifts of emotions during the pitch. 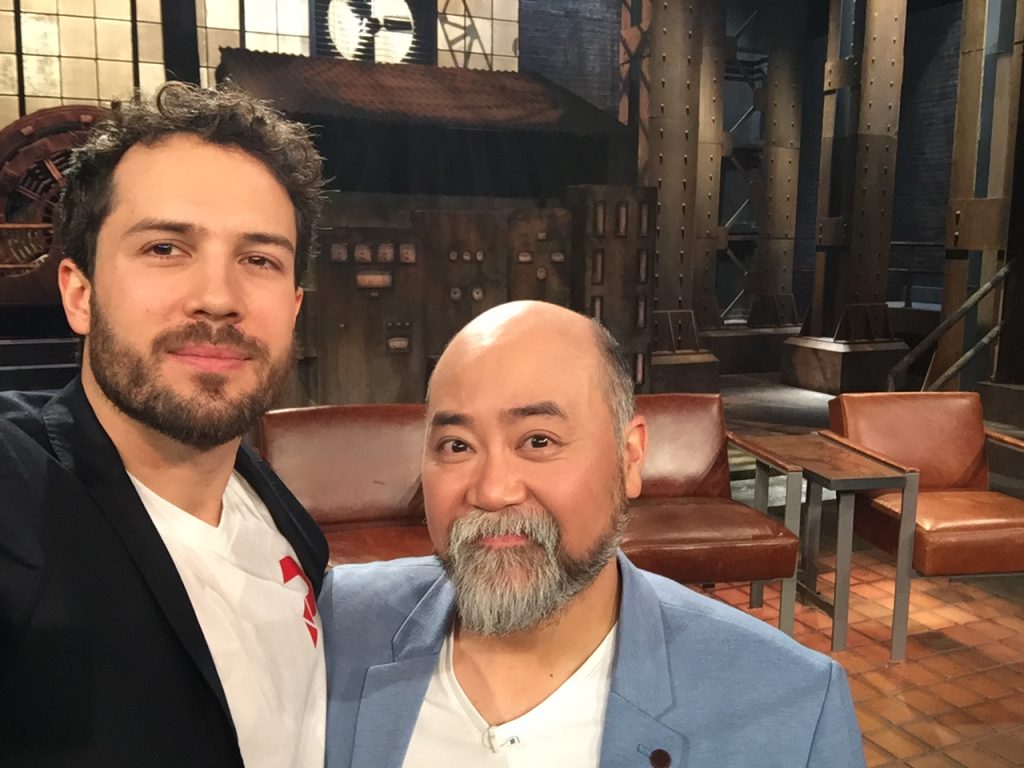 Me & the Dragons’ Den host

The scene where the actual interview was shot.

You guys need to understand that it is a TV show, not reality. Only a fraction of the deals that are done on TV are truly closed when the lights go off. It’s entertainment, a lot of fun, but it very rarely changes what happens in the real life of companies.

Full disclosure guys: I expected this show mainly to get mass exposure and professional opinion of our market value, period. Therefore, I’m extremely happy with the results, as we were heavily featured on several medias and offered the biggest amount ever offered to a participant.

OK, here’s the most visually exciting part, the all-new-super-sexy-renderings we’ll use on the packaging. Aren’t they gorgeous? 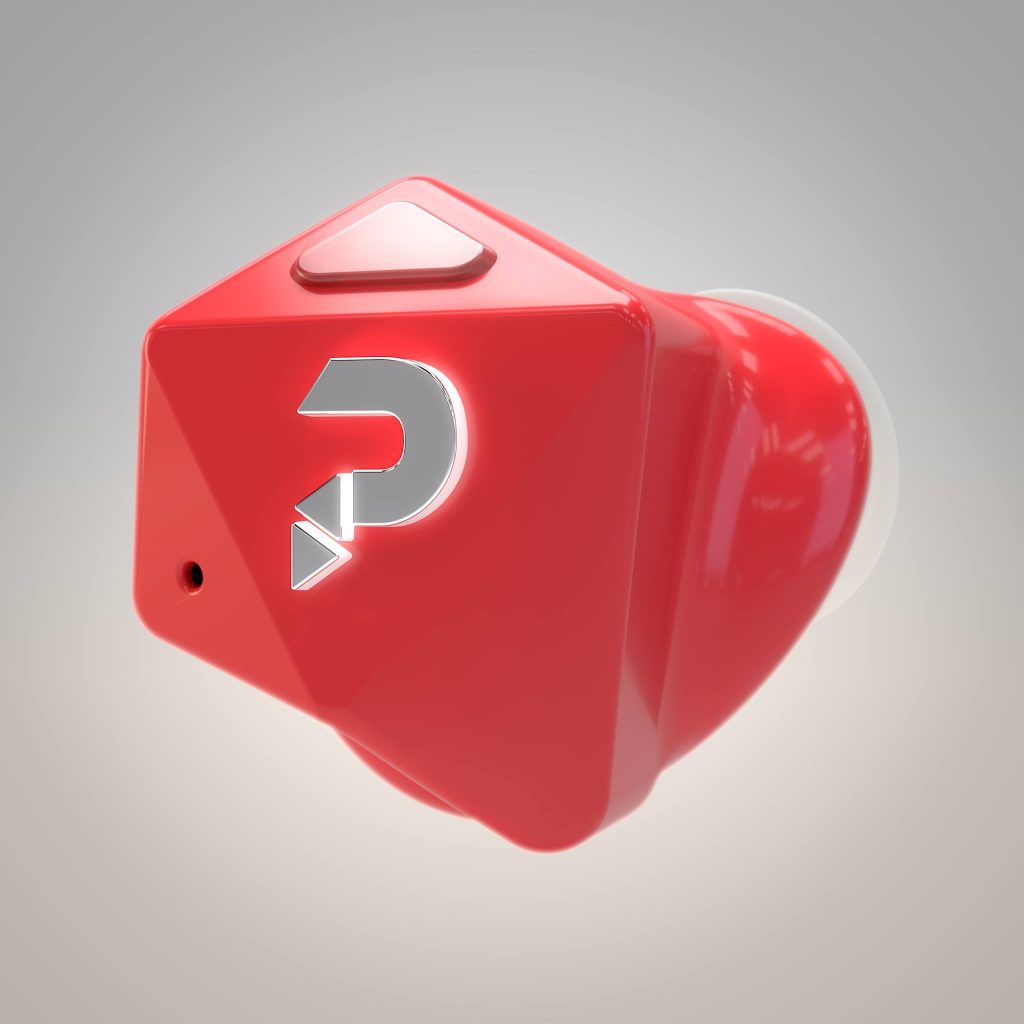 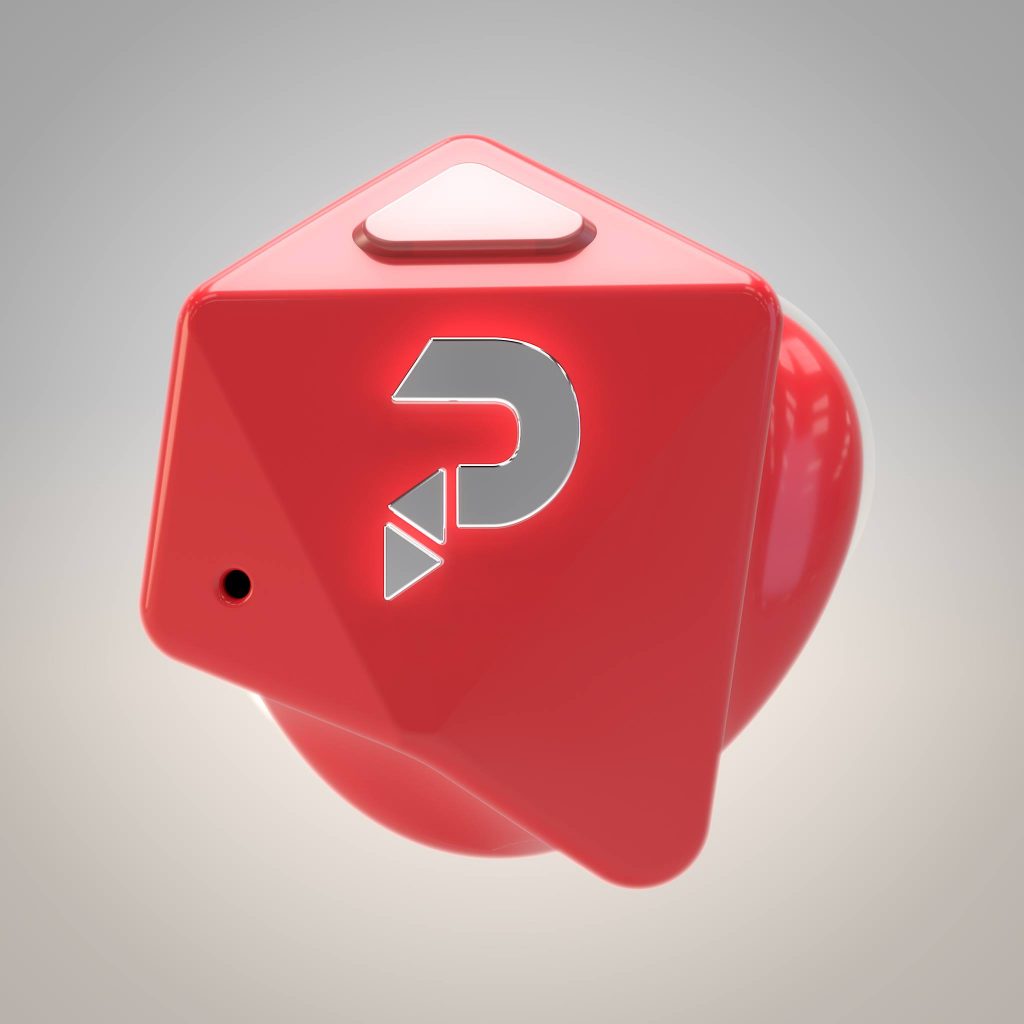 That’s really the level of sexiness we expect the earbuds to be.

Moving on, here’s a glimpse of the next update: